In a few days, Barcelona metro will be full of men in suit and tie, perfumed and with suitcases on their hand.

The city hosts, one more time, the Mobile World Congress, despite the logistical problems of the last editions (metro and taxi strikes, collapses, changes in the city Hall that staggered the project) will celebrate 11 years in the Catalan capital. Although among the suitors there are cities like Paris.

It's hard to resist to the professional and media convening power of this super event, that on 2016 edition registered more than 3,600 accredited media.

Just in the last edition, the economic impact in the city was around 460,000 million of euros, and 13,000 temporary jobs were generated during the celebration of the congress.

And to be honest, we all love to be - even for a day -, the centre of the world. Not even Mr. Zuckerberg can resist the charms of the city (we all remember his morning exercises in the center of Barcelona). Although this year they have replaced him by Netflix and the creator of Pokemon GO (that by the way is already old fashioned).

A technological festival with the leading brands of the industry

The leading companies on mobile telephony, technology and electronics (with all that entails: apps, accessories, services...) cannot afford to miss a meeting like this. In addition, in their eagerness to highlight they turn the venue of Fira Barcelona into a magnificent show of lights, music and electronic, a truly and wonderful madness.

We remember huge productions, as the one from the Koreans SK Telecom, which offered an immersive experience through a camera that simulated a submarine. And of course the Samsung stand and its theatre-attraction of virtual reality.

The South-Korean company Samsung, despite they launched a mobile that literally exploded, during the last quarter of 2016 invoiced 7,254 millin of euros, give me five Samsung directorate! 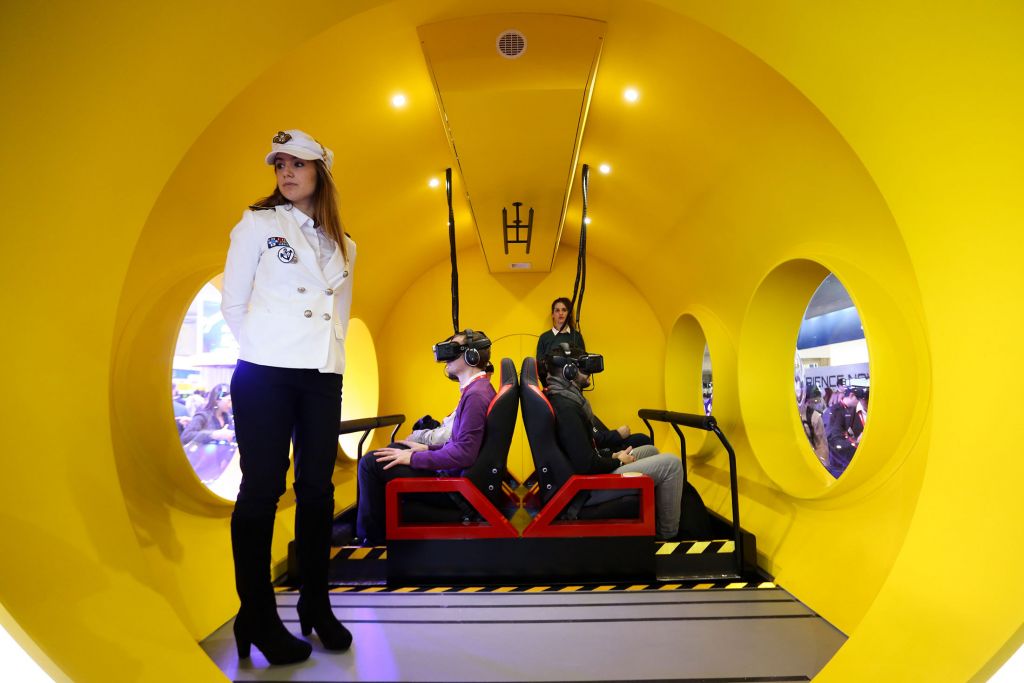 For those who can not afford to pay a ticket (the lowest one cost around 700€) we can enjoy about some of the free activities that some brands held in different corners of the city.

Last year, Samsung set up a stand in the middle of Plaza Cataluña to promote the launch of its 3D glasses, and after a while of queue, you could be one of the first to experience a virtual adventure through a mobile phone, awesome!

Well, now more technology and less mobile phones. Paradoxically, although the event is called Mobile World Congress, the truth is that the mobile phones, will give some prominence to the virtual reality and automation.

We could see an advance in January at CES Las Vegas, the anteroom of the Congress in terms of technological innovation: artificial intelligence, self-driving technology and home gadgets are the coming trends.

But for the nostalgics that used to play to the Snake with their first mobile phone, we have good news: Nokia 3310 comes back to the market!

By now, we will pay attention to all the novelties while enjoying the parade of executives, cross our fingers for the public transport doesn't collapse and we rejoice with the world's attention, just during a few days.

The MWC will continue in Barcelona at least until 2018, but a request for an extension has already been submitted. The awkward question is: does the Congress require a change of venue to prevent the MWC success come down?

The Mobile World Congress, a generator of riches and employment