Over the past few months Aesthetics have been strategically preparing for one of the most anticipated sporting events of the year, the UEFA Champions League Final, Barcelona v Manchester United. Since Wembley Stadium opened its new stadium in 2007 Aesthetics have been their preferred supplier of managers, receptionists, meet and greet staff and host and hostesses within the exclusive Club Wembley area. It was due to sheer excellence and professionalism at supplying hospitality staff that lead us to securing contracts for three different clients (including 1 major sponsor) for this particular game. This meant on the Champions Final day we had over 300 members of the Aesthetics team working within the exclusive restaurants in Wembley Stadium and Wembley Arena as well as 14 of Londons finest hotels and at each London airport terminal.

The UEFA made sure that no expense was spared as they transformed the stadium and gave it a lavish makeover especially for the Champions League Final game. Each room had a unique transformation and became unrecognisable. All the main restaurants including the well known ‘Bobby Moore’ restaurant had a makeover. The formerly known ‘Great Hall’ became the Sony restaurant where brand new carpets and extravagant chandeliers were fitted, along with plasma screens and Sony Play Stations for guests to enjoy. Every restaurant looked truly spectacular.

Our Aesthetics team were strategically well placed across both the stadium and arena ensuring that every need was catered for from the moment the guests entered their dedicated restaurants until the moment they left. There were a multitude of duties for our staff to get involved with from manning the reception desks, cloakroom, directional posts and hostessing. Each member of staff was specifically chosen to work on this amazing event and had to be accredited in order to do so. Aesthetics were extremely happy with the fact that this event ran smoothly and was a huge success for all three clients. Nothing was too much trouble for our specially selected team. 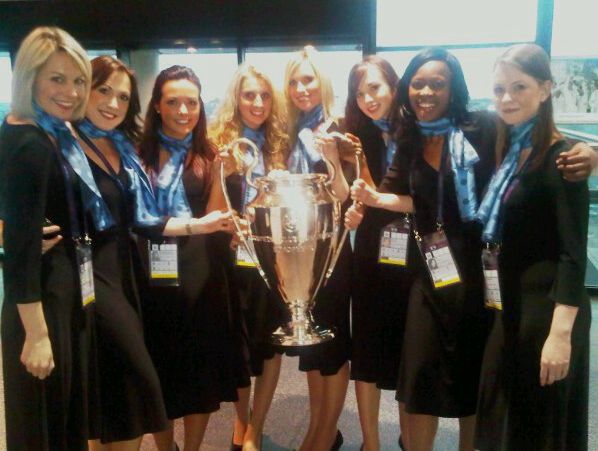 Aesthetics Events is a company based in the UK and Dubai specialising in the supply of event staff such as hosts and hostesses for exhibition...

Receive up to 5 proposals for the hostesses agencies